COVID-19 Update From All About Pets 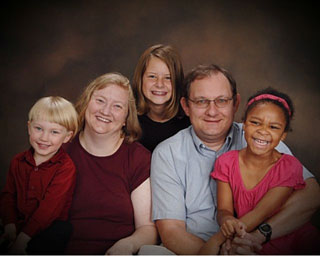 He then practiced in Las Vegas, Nevada for 10 years before coming to Provo in 2003. He has been an exclusively small animal Veterinarian the entire time. He has an interest in small animal oncology.

Dr. Dicou has wanted to be a veterinarian since she was 10 years old. As a child, her medical kit consisted of mercurochrome, Neosporin, and cotton balls. Frustrated, she dreamt of having the knowledge (and equipment) to really be able to help pets.

Her dreams came true in 1993 when she graduated from Colorado State University with her Doctor of Veterinary Medicine degree. Two days later she joined the staff of All About Pets. Dr. Dicou enjoys surgery. (Ask to see her “Stuff I’ve Removed From Pets’ Digestive Systems” collection. Highlights include a Christmas jingle bell still attached to ribbon.)

Dr. Dicou was born and raised in Salt Lake City but now lives in Woodland Hills, Utah with her husband,  and their dog, Lenny—who, by the way, thinks everything that Dr. Dicou does is fascinating. (The dog, that is, although her husband thinks she’s pretty great, too.) Dr. Dicou loves to travel and has been to Africa and Cambodia to do humanitarian service. She has climbed Mount Kilimanjaro twice and has run 13 marathons. She and her husband like to ride bicycles. They have ridden their bikes from Maine to Florida, around Lake Michigan, and hope to ride coast-to-coast across the United States someday. Dr. Dicou loves foreign languages and is continually trying to learn Spanish and Swahili. She likes paper crafts, scrapbooking, photography, and has recently taken up quilting. 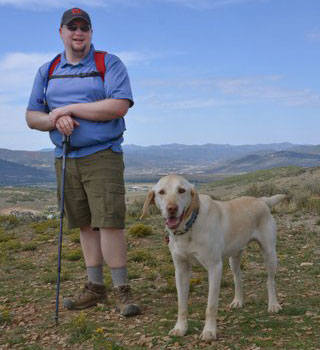 Dr. Arnold is the newest addition to All About Pets. He joined us in 2009. He grew up in Park City, Utah where he enjoyed playing golf and exploring the mountains.

He attended Utah State University for his undergraduate studies and later The University of Missouri for Veterinary School.

After graduating, he moved to the Pacific Northwest for a few years where he enjoyed living near the Puget Sound and the Olympic Mountains.

He returned to Utah in the Summer of 2009 with his two cats, Thomas and Waggedy.  He recently adopted a new friend, Gus, a yellow Labrador Retriever, to go on adventures with.

In his free time, he enjoys reading, hiking with his furry friend and attending local sporting events.

Helen has lived in Orem most of her life.  She graduated from Broadview University with an associate degree in Veterinary Technology.  She is an avid reader, enjoys crocheting, and ceramics.  He has an Airedale Terrier named “Chica”.  She also enjoys camping and hanging with her family.

Tiffany previously worked for us but left to serve an LDS mission in California.  She has owned numerous dogs and cats, and currently has a feisty Siamese cat named Tiki.  She is currently at UVU working on pre-requisites for a graphic arts program.  She is a talented artist and enjoys spending time with her family.

Suzie is a certified medical assistant and phlebotomist. She loves animals, especially dogs and has so since she was a child. She has 2 teenage kids, a Chesapeake Bay Retriever, and a German Shepard. She enjoys camping, hunting, crime shows, and horror movies.

Sheree is our lead groomer. She has been with All About Pets since 1995. Sheree loves all of the clients and their pets that she comes in contact with on a daily basis. When she isn’t spending time with her family, riding horses, or exploring the mountains, she loves spending time with her pets, Pixie, a Chihuahua, JoJo, a Pomeranian, and her colt named Scout.

Jenny has been grooming for 13 years.  She has 3 dogs, a cat, and a fish.  She enjoys spending time with her husband, son, and pets.  Grooming is her passion and she loves coming into work every day.

Latisha has been grooming for 4 years now. She loves animals and working with them is her passion. On her off time, she loves spending every minute with her little girl and husband. She has four fur babies, Koda, Nigel, Maya, and Dixie. She loves her little family and grooming is the highlight of her life.

Anne is our IT Specialist and bathes a few dogs. Anne loves to experience all of the variety in clients and their pets that grooming and the veterinary field have to offer. She has three dogs, Lucky, Peggy and Poco.  She has one cat named Sam.  She enjoys attending Star Trek conventions.